I’ve gone from living in a town with a population smaller than that of most major medical centers to living to the most populous city in the United States. I can see the appeal of both. The small towns offer an intimate connection with the community. You have the typical hangouts, stores, and venues that everyone visits, and it is seldom that I’d go somewhere in town and not run into someone I know. It seems as if everyone is your neighbor. The problem is, however, that everyone does seem to be your neighbor. There is no place to hide. As far as intellectual and cultural opportunities, there is no comparison with the large cities. If you enjoy having a breadth of cultural and intellectual diversity, living in a small town is torture.

From strictly a financial position, your occupation will likely determine the more financially advantageous location. Someone in the tech sector, investment banking, or finance will fare better in San Francisco or New York. Doctors, however, will likely do better in a rural area or small city.

More doctors may mean more competition. Unless your insurance company belongs to an HMO, you have the option to see any doctor who accepts your insurance. Yes, there are also patients for doctors to recruit, but competition is fierce. In general, the more established doctors tend to see the bulk of the desired patient population (read: good private insurance or cash pay). Medicine is a service industry. We acquire new patients from word of mouth. The doctors with the best results, biggest billboards, and happiest patients get the bulk of the patients. In larger cities, private doctors will have difficulty building a practice due to the dynamics. It can be done, but it will take longer. In the process, you may end up earning less.

The Cost of Living Is Higher In Large Cities

Most essentials like housing, food, utilities, and transportation will cost more in large cities. Most of the time, this increased cost of living is not reflected in reimbursement adjustments. For instance, according to PayScale.com, an income of $200,000 in South Bend, IN will need to increase to $480,088 in New York City in order to maintain the same standard of living! I can’t think of any medical specialty where income more than doubles with regionality. Clearly, income has to be sacrificed in order to live in a metropolitan area.

When I was first looking for jobs in Los Angeles, San Francisco, and New York City, many practices lowball their new hires with insultingly low salaries. Some places guaranteed only 6 months of income, whereas 12-24 months was the norm in the rest of the country. Hospitals offered salaried positions (for Hospitalists and ER docs) that were often consistent with most starting salaries but had limited growth potential. Reimbursement schedules in a state like California are horrendous as well, which makes it difficult establish a stable practice. You pay a price for good weather!

In contrast, job postings from “less desirable” areas like North Dakota, rural Iowa, and the rural Midwest often advertise incredible income potential. I inquired to some of these positions, and they offer up to 80% higher guaranteed salaries for an internist position. For more specialized fields like vascular surgery, the compensation packages are up to 150% higher! It pays to be rural! 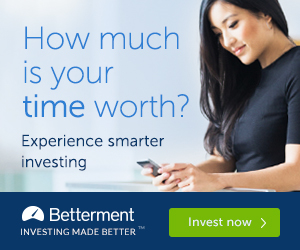 Working outside of the major metropolitan cities is a financial no-brainer for doctors looking to eliminate debt. You will command a competitive income while saving on cost of living. The savings can be put towards debt repayment and retirement investing. Sure, you may not get the culture and accessibility of a metropolitan area, but you can always vacation in the larger cities while you are still repaying debt and move to your desired region after you’re debt free.

Do you agree on this philosopy? Is it worth it to strengthen your financial health for a few years before moving to your desired part of the country?